The Reality of Expat Life

People often ask, “How are you adapting to life in the Netherlands?” “How was the transition?” “Are you fluent in Dutch yet?” “What do you miss about home?” Or we’ll get the other side, like “Your life looks so exciting!” “I am so jealous!” 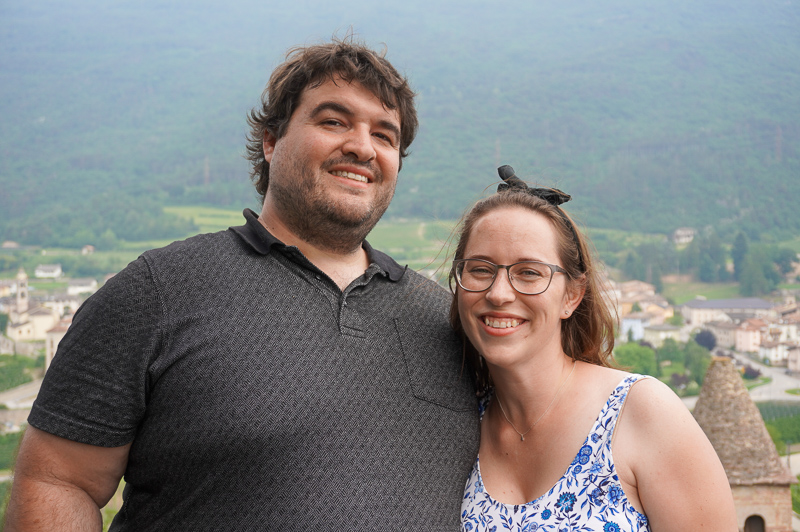 Life does not fundamentally change when you become an expat

I’ve said before that life is life no matter where you are living it. You still have work, friends, bills, responsibilities, etc. It’s not an extended vacation; it is picking up everything and starting all over in a new place. Our new place, Amsterdam, just happens to be in another country where they speak Dutch (to be fair, 99% of the people also speak English). It was a fairly last minute move for us, but was still very purposeful due to proximity to work, language, and size of the city.

As an expat, taxes are an important things to understand. We’ve gone over how to file U.S. taxes from abroad, but it’s still a pain to do taxes in two countries.

Now matter where you go, there will always be everyday things to handle. 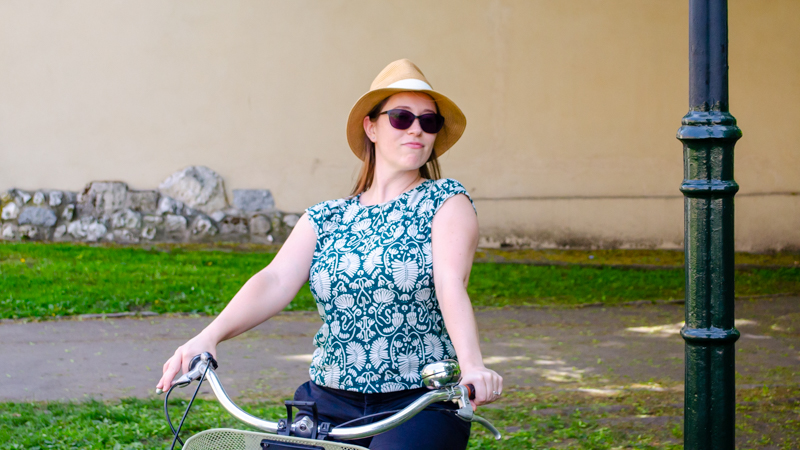 Learning how to live in a new country

We got lucky. We fall in love pretty hard with Amsterdam. For people who want to know how we are adapting…it’s been great. I know some people have problems adjusting to a new culture. They don’t want to assimilate, the language is too hard or distracting, they don’t make friends, or whatever the case may be. That all makes it difficult to live somewhere new and be happy.

We made an effort to make friends and network, and that’s what you have to do when starting over.

The actual transition of moving, finding an apartment, dealing with the city and immigration and all of that fun stuff is just a necessary evil that makes this society work. You deal with it. Nobody likes that part, so don’t feel too bad if it seems overwhelming. Finding Facebook groups, or Reddit groups, can be incredibly helpful to adapt to a new place.

Think about it, a new grocery store makes you pause and wonder where everything is. It’s that, a thousand times over. And at the grocery store, you have to learn what they have, what things are called in the language you are in. Some items just aren’t common in some parts of the world in every grocery store.

You have to be willing to learn and grow. Be up for adventure because the payoff is totally worth it! 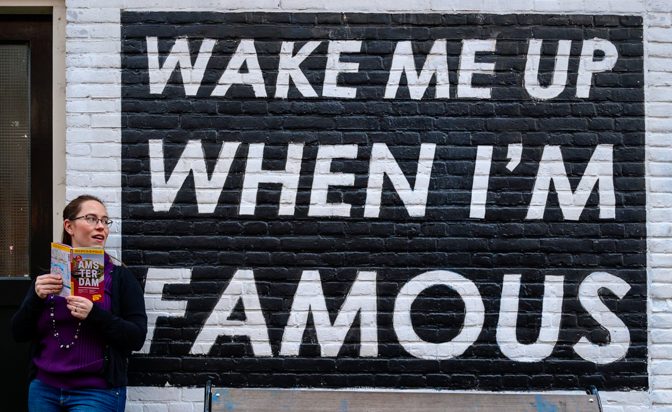 Learn the language if you are going to move abroad

Dutch isn’t the easiest language, but any new language is going to be difficult. Luckily, they use a lot of English words, and many Dutch words look like English words…but might not sound the same. It is frustrating to want to learn the language, but just not learning fast enough. And yes, getting all your official paperwork from the city, bank, insurance, doctor, etc, in Dutch is time-consuming since you have to Google translate everything. But hey, it’s not as bad as it used to be. Now you can just take a picture and have it translated for you! So, nee (no), we are not fluent in Dutch, but are learning bit by bit.

To learn a language when moving abroad, start before you leave! Try Rosetta Stone, Duolingo, or Memrise. I’m sure there are a bunch of other websites and apps, but those are ones I am most familiar with. Also, check out YouTube. I know there are a few channels that are all about teaching Dutch. Just search for something like “learn Dutch” or whatever language you are looking to learn.

If you know of another source, please leave it in the comments for others!

Once you arrive in your new home, look for classes. Check reviews. Ask around and see which might be best for you. Ask in those Facebook groups, too. They are always super helpful. Maybe you want a private tutor, or an online tutor (which you can also do before you move!). 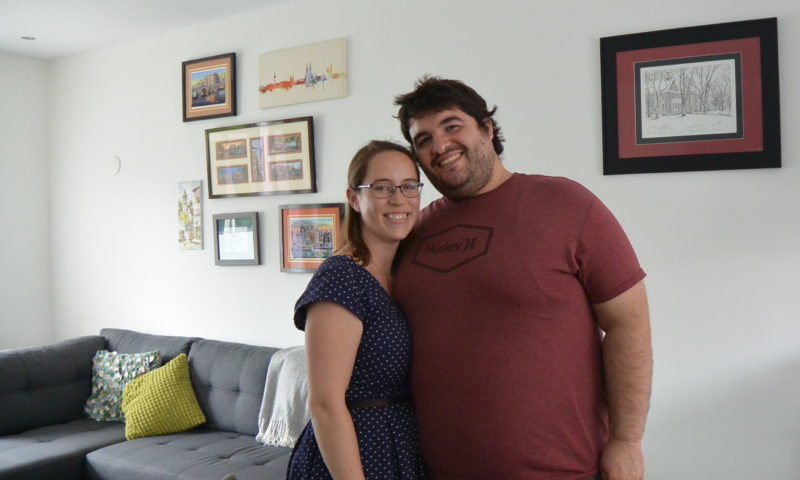 What is home to an expat?

I like to think that I never get homesick, but it’s not true. I miss bits of my old life. I miss being a part of something that mattered. I miss my friends and family. But at the same time, I am so focused on life here, that it doesn’t give a lot of time to get sad. Many don’t stay in touch which is both good and bad. I miss them, but it makes it easier to move on. That is NOT to say I don’t want to stay in touch. I just understand why people don’t.

It’s so important to create a feeling of home in your new country. Decorate how you want and what makes you feel comfortable. After you make friends, start a game night, or pot luck, maybe a picnic date. Create a movie group. Have a paint night, brunch together. Creating that network, and then routines is key to being happy. It’s also how you feel at home. The honeymoon stage as an expat

A life that isn’t yours always looks exciting, right?! Grass is always greener on the other side, right? It’s just not always true. Social media makes everyone else’s life look like it’s the most incredible thing. But always think about what you don’t see.

I’m not going to downplay the fact that we love our life over here. But it’s a little hard to explain why. Yet, I will try.

With nobody who knew you before, there are no preconceived ideas about who you are. I don’t really think I’m that different her as I was in the U.S., and in fact people describe me in ways that make me surprised that I haven’t changed so much. There are a few life changes that we have made though — the biggest being that we are much more social in Amsterdam. Not sure if it’s the group of friends, or what, but we love being with people and try to go out, stay in, or picnic. It can really be the simplest thing like meeting for tea in the morning before work to catch up. We are making an effort to travel more. Bigger trips have been put on hold, but we try to make it around the Netherlands a bit with Utrecht, Maastricht, Alkmaar, and then a lovely trip to Paris. Next year we’ll head to Berlin and Barcelona! We love that we can take quick (and cheap!) trips that take us to an entirely new country. Of course, that is one of the reasons we moved to Europe. Take advantage of what is near by…whether that is Europe or anywhere else in the world!

There are just so many places to go! Where in Europe would you recommend? We love suggestions! Just be sure to tell us why you recommend it. We love food, mountains, old architecture, beaches…the normal of awesomeness. The struggle of living abroad

What you don’t see or hear about is the struggle to find work, figuring out the taxes, and learning where to buy baking soda. Yes, we get frustrated when we can’t buy the medicine we want, or have to figure out how to submit an insurance claim. But overall, we think the Netherlands has a good system in place, laws that protect residents but don’t impede on rights, and good people.

Some people find it insulting if you call us expat “lucky”. Some awknowledge their luck in life to be able to do it. I’m somewhere in between. Neither of us had a ton of money growing up. But I was lucky enough to have grandparents to saw the benefit to traveling and took me on my first trip to Europe when I was 16.

In college, we had the opportunity to take a school trip to Europe, that was kind of lucky. But actually getting to Europe was nothing but research, money, and determination. We didn’t have a lot of money after college, but we made it a priority for Sean to get his Italian passport. This was SUCH a headache, but we did it. And that’s how we were able to move abroad. You don’t see that part.

The prep work for moving to a new country with no job and no relocation help is one of the move frustrating things we’ve ever done. Also, how to live two lives (you eventually mostly give one up, but that takes time) and handle relationships from a new country is so hard. The laid-back way of life is appealing in many ways. Cafe culture is awesome and we love it. If they have a class-system, it’s not obvious. People can’t usually tell who has money because it’s an understated culture…we love that! Nothing feels overly exclusive, except P.C. Hoofstraat–the Rodeo Drive of Amsterdam. But it was designed that way.

Everything in life has its struggles, but it’s how you handle them that makes you who you are. You learn and grow and hopefully become a better person for it. We are proud of the people we have become in the last year. We wish you a life that fulfills you, because only you can know what makes you happy. Work for it and don’t let anyone tell you it’s not right or make fun of you for it. In the end, you’ll be happier when you do it for you!

5 thoughts on “The Reality of Expat Life”