A day trip to Delft

This post contains affiliate links at no extra cost to you.

I absolutely adore my city of Amsterdam. It’s beautiful and there’s always something to do. But now that we are all settled and we’re not in the honeymoon stage anymore, sometimes I get antsy. You know…that “I have GOT to get outta here” feeling?

We travel a lot — about once a month — to keep this feeling way. It doesn’t have to be far, but it can’t be in Amsterdam! So, how about a little day trip to an idyllic town easily accessible by train from Amsterdam? Sounds like a perfect opportunity to take a day trip to Delft. 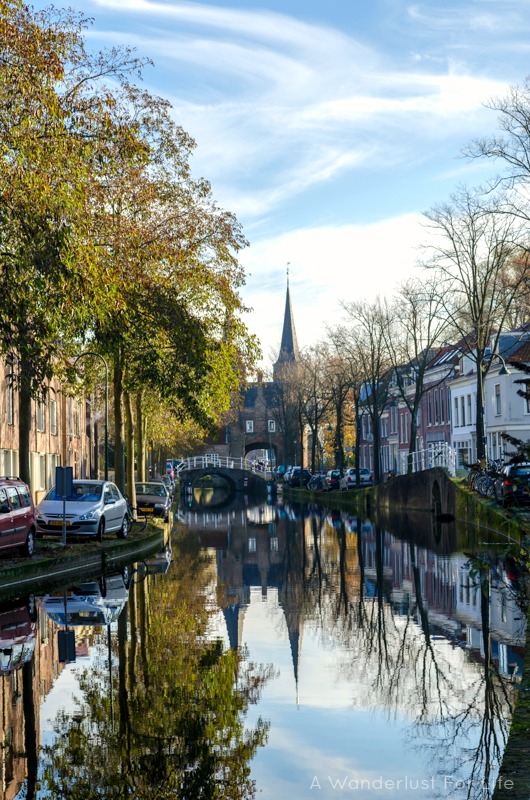 Sounds like a great time to visit Delft. It has an old town that is perfect to get lost in, find some antiques, and if you’re lucky…chocolate! Yes, I’m starting off with chocolate because it caught me by surprise and it’s CHOCOLATE!

As we were walking along taking photos of the charming streets, I saw a chocolate shop. Immediately I made a bee-line for it. Not sure what it was that attracted me, but we are both oh-so-happy we went in. Sean said it may be the best chocolate he’s ever had. And yes, we’ve been to Belgium. This shop that stole our hearts is called Van der Burgh Chocolaad. Get the milk chocolate with the dark chocolate pieces. Then try not to drool while eating it. And if you visit Delft and then visit me, you’ll be my best friend if you bring me a bar…or two. 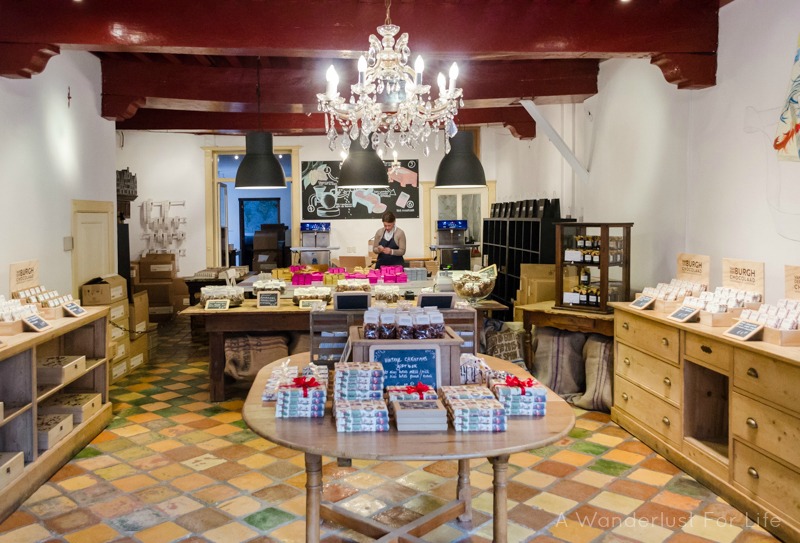 Ok…so there’s a lot more to Delft than chocolate. A heck of a lot more. You may have heard of Delft due to its namesake pottery. It’s super famous! It’s the white stuff with the beautiful shade of blue painted in different patterns all over it. I love it and I love how something so beautiful represents not only Delft but the Dutch as well. 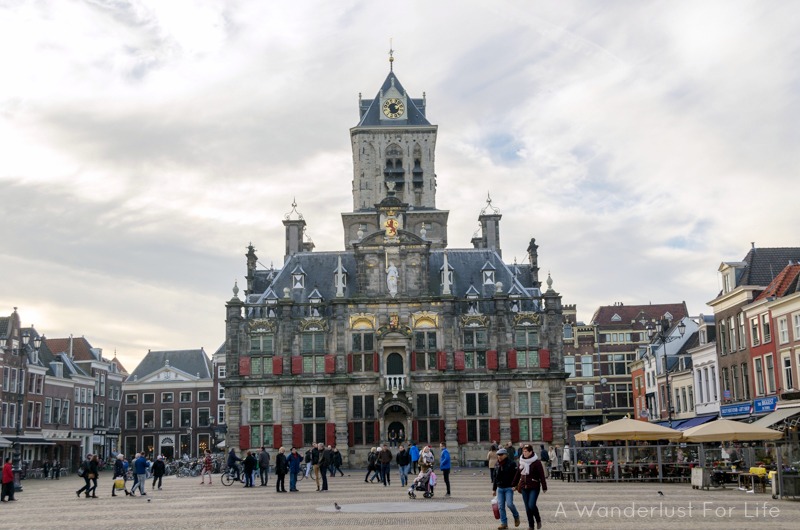 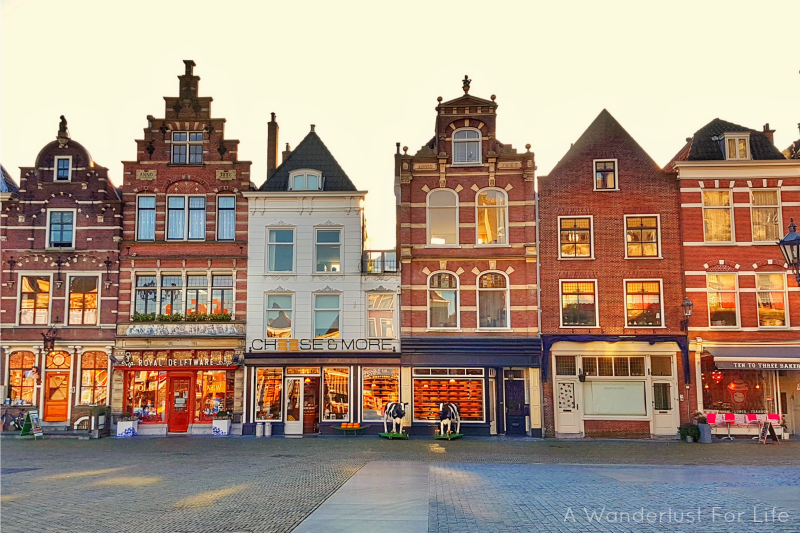 A huge square sits between the New Church and city hall. Both of which are beautiful. Seriously, if city halls were this pretty in the U.S. maybe people wouldn’t hate going so much. Anyway, I can only imagine the festivals or markets that might set up on this huge space for the community.

The joy of strolling

When in Delft, just walk. Find a path and take a stroll. We found an old city gate that was not only well kept and quite a sight to see, but we realized someone lives in it! Can you imagine living in something like this? 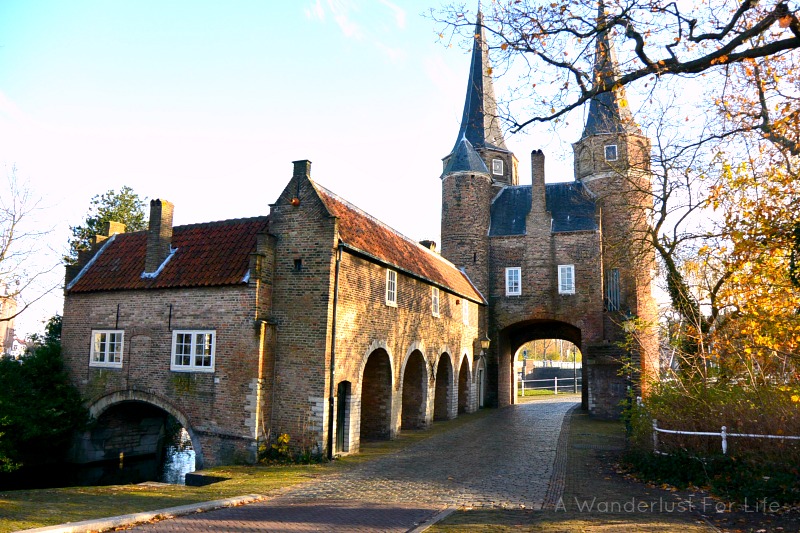 A few canals snake through the city but we didn’t see anyone using their boat. That could be because it was so cold. It was the end of November after all! Between the canals and the small streets and the cat or two that seemed as curious as we were, it felt like we were discovering an entirely new way of life. One that is calm and quiet. 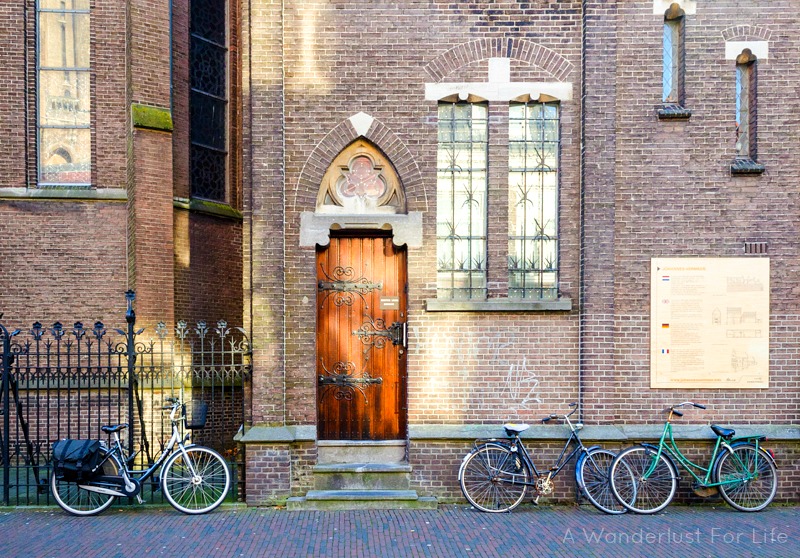 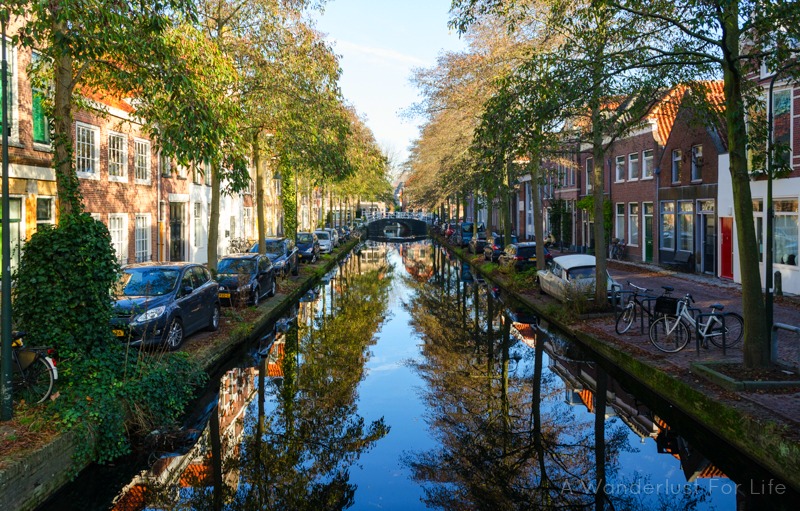 Then, while walking along, we caught something out of the corner of our eyes that just didn’t seem right. Then we realized we’re in Holland and there will always be bikes in the canal. 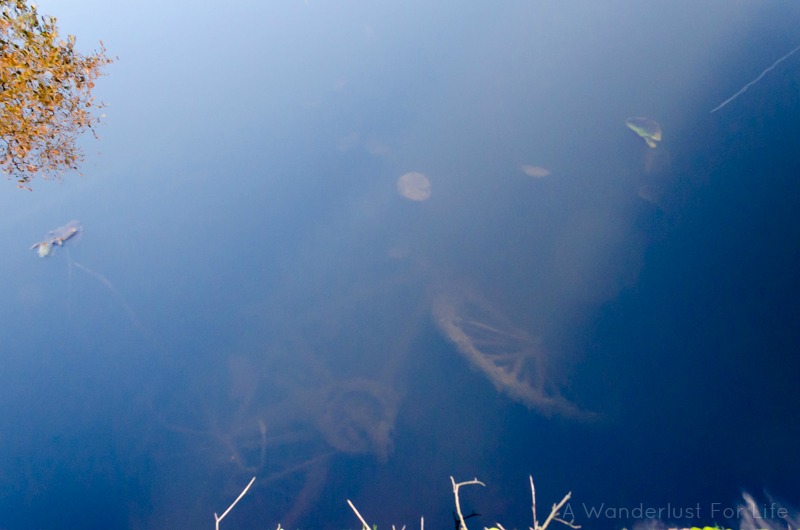 When is the last time you took the time to just stroll along? No, really, let me know! 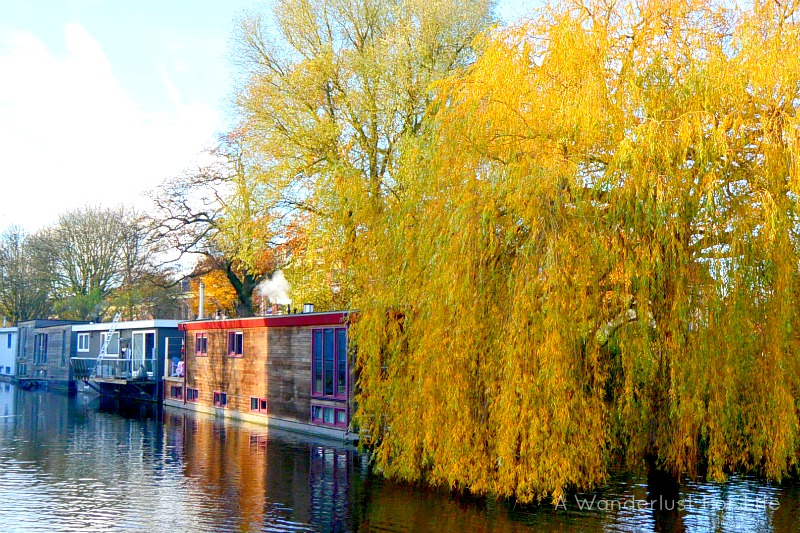 Experience the quieter side of the Netherlands

Delft is one of those places that it’s just nice to visit. Don’t feel rushed or like you HAVE to do anything specific. Of course, you can always buy the walking tour map at the tourist office and do that (it’s what we did) if you want some structure. But finding a nice cafe where you can people watch is always the good option…next to being on a boat of course!

This is an easy day trip from Amsterdam and can even be combined with The Hague and Rotterdam through a group tour! Amsterdam is amazing, but for a well-rounded Dutch experience, we highly encourage you to travel outside the city as well!

book has a ton of