Buying a house in Amsterdam as an expat

Finally! Here’s our story about buying a house in Amsterdam. If you want a peek at our new home, it’s okay to be nosey.

In 2016 we made a New Year’s resolution to make buying a house a top priority. We’re stubborn and wanted to make travel a priority as well with the #take12trips challenge.

So, while we didn’t buy a house in 2016, we did save and save and save some more…even while traveling! But 2017 was when we finally bit the bullet and bought a house in Amsterdam as a foreigner. Our landlord wanted to move back into her house, so we kind of had a soft deadline to get out. Ideally, it would be the 1st of May but she was really looking to get back in by June. 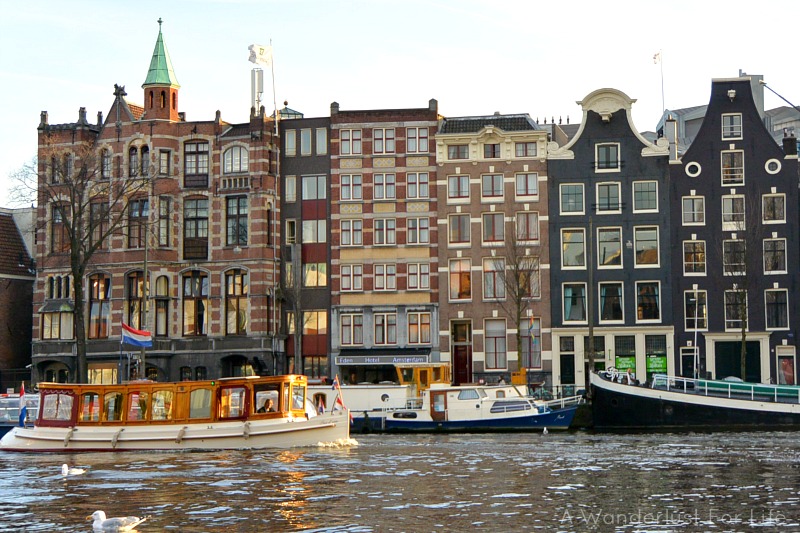 The housing market in Amsterdam is crazy. Pure insanity! I think it’s safe to say, that whether you’re a local or an expat, the process will be mostly similar since we’re all in the same market. We were told that it would likely take at least SIX MONTHS to find a place and get a bid accepted.

It took about two.

Not gonna lie…luck was on our side, but we were also making appointments at every house we were even a little bit interested in. The first place we started looking was in our neighborhood (Westerpark) but came to realize really quick that the price per square meter was obscene.

We knew how much of a mortgage could get and how much we wanted to spend. These numbers were different because I don’t want to spend all our money on a mortgage. We want to save, travel, to work on the house, etc. We don’t want to feel strapped for cash.

Spending so much on so little space felt wrong. Like, really wrong. I felt it in my gut that it wasn’t right and we couldn’t justify it. I feel like I would have regretted it.

Could we have managed in a smaller space? Sure! We wouldn’t have been happy though. This is our HOME. We want it to be the way we want it. If you’re going to spend so much money, you should feel good about it, right? 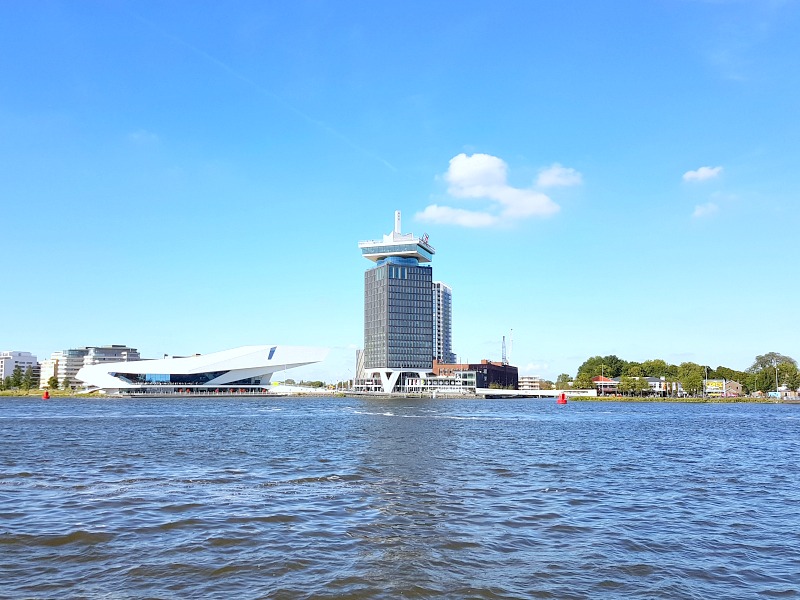 Essentially we got priced out of our neighborhood and expanded our search. Thank goodness we did our footwork ahead of time and knew which neighborhoods we were okay with based on space, price, and distance from the center.

Noord began to look like a great option. This is the north part of Amsterdam that is across the IJ (the body of water behind Amsterdam Central Station). It’s really up-and-coming with some AH-mazing restaurants, lots of waterside hangouts, a soon-to-open metro, and cheaper houses.

Yep. I said houses, not apartments! Of course, there are plenty of apartments too, but we were looking at places that gave us good value.

We went to appointments for apartments and what you’d probably call row houses. During the visits that were open houses, we were packed in a small space with at least 20 people, it was a nightmare. Sometimes it was nicer, when we made one-on-one appointments, we really got to ask questions and think out loud without thinking the person next to us would hear our idea and snatch it out from under us. 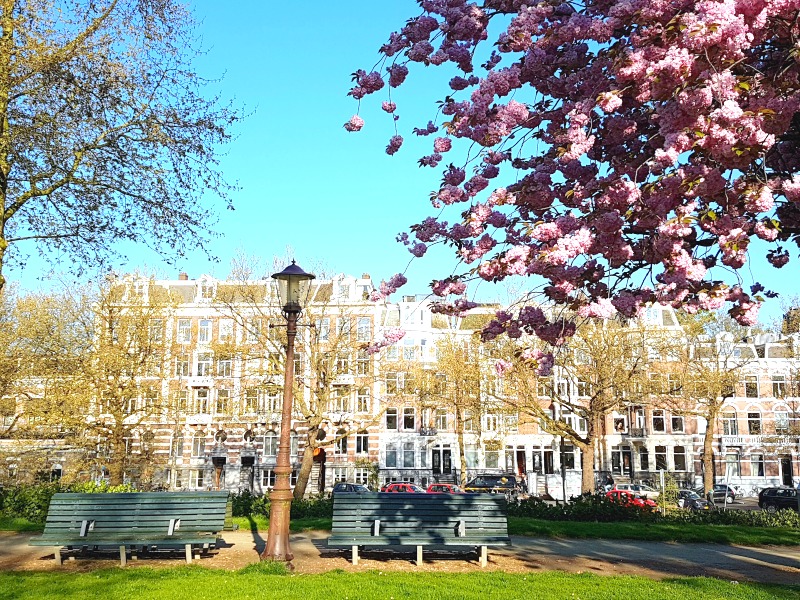 More people are moving to Amsterdam and more people are being brought over by companies who pay them a lot of money. In case I need to point this out, we aren’t those people. We make normal salaries just as the other residents of Amsterdam do. The people that move here for work and only plan to stay for a couple years see a great opportunity to buy a house and make a profit in a couple years. This along with people buying up properties for short-term rentals makes the market a really hard place even for two people working normal full-time jobs who just want their own house.

This adventure took us to 7 houses and we bid on 4 of them. The bidding game is scary. We found houses, fell in love with them and we had to keep telling ourselves that they weren’t ours yet…if they ever would be. After the first bid was rejected I was heartbroken and frustrated. Everyone told us how difficult it would be, but I knew we had to push through if we ever wanted to do this. Prices would only go up.

The game had to be played! So, we overbid by 5-15% on some homes. Didn’t get any of those. We stopped trying to fall in love and started being practical.

Would it work? Was it worth the price? Then bid on it.

That’s how we handled it.

I bought a house in Amsterdam without my husband 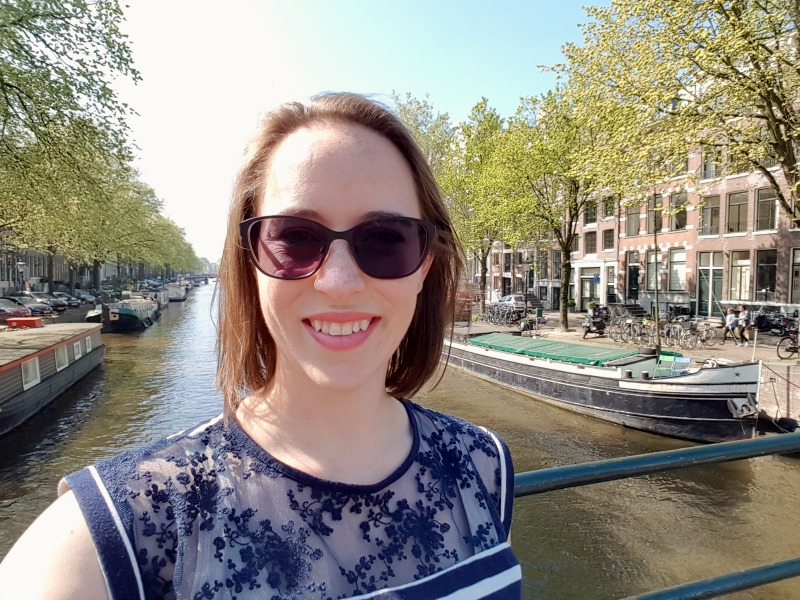 Hear me out. We were basically scrambling to find something worth buying that we were comfortable paying for. Sean had to fly to the United States for work for a week and a half. Bad timing doesn’t even begin to explain how I felt. We couldn’t stop looking. The market moved too fast for that.

I went to two viewings without him. One of which I was accompanied by my friends that lived right down the street (what a treat!) and my agent. The second I went to by myself (intimidating!). I bid on both. Sean had to email his consent to the agent that I could sign on his behalf if needed.

I talked to Sean about every detail, sent him pictures and even videos. I wanted him to feel comfortable. Luckily, I’ve picked out many of the places we’ve lived in and he’s been very happy with them. So, he trusts me. The great thing about the Netherlands is even after you go to the notary to formally say yes to the house, you still have 3 days to back out. So, really, I couldn’t screw up too bad.

The house we ultimately bought was one Sean found online while he was gone. So, he initiated the whole thing! We make an awesome team. But there’s still something about visiting a home, making a bid, and negotiating when you partner isn’t even with you. I think I would just say that it was incredibly nerve-wracking. My biggest fear was he wouldn’t like it. After all that work, what if he hated it in person?

He didn’t! It was a good buy and we even got to UNDER-bid. Unheard of right now and I think we got a bargain. 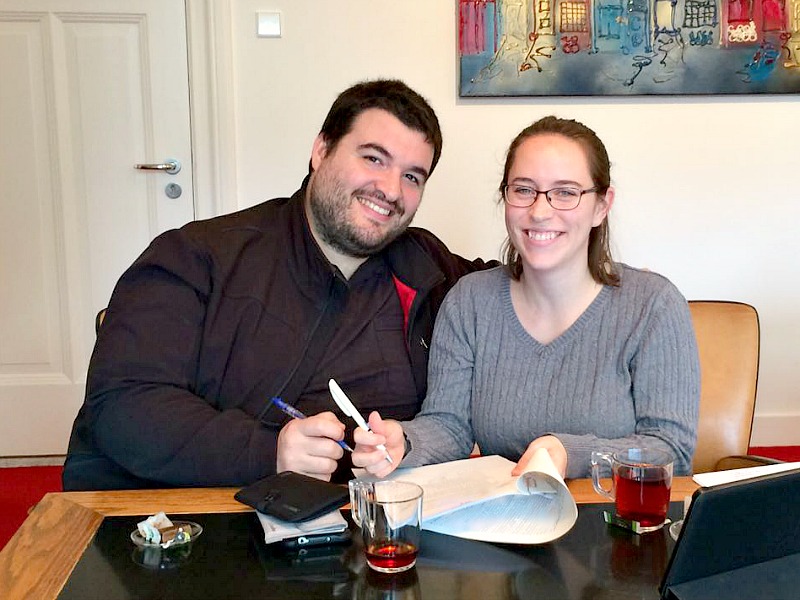 We are homeowners! WHAT?!

We went to the notary for the final time to sign the official papers for the mortgage and the deed. It was scary and exciting and so many things at once. I couldn’t even believe it was happening. This is our first major purchase together and we did it in Amsterdam–the place that makes us happiest.

We have more to do with the house and I’ll keep you all in the loop on the exciting stuff since it’s all part of our expat life. Next house post will be photos of the house as it looks now! You won’t want to miss it — we’ll even take suggestions on a few things we’re still working out.

If you want to keep up with our posts, follow along on Bloglovin or just like us on Facebook but don’t forget to turn on notifications!

House-buying tips for expats in Amsterdam 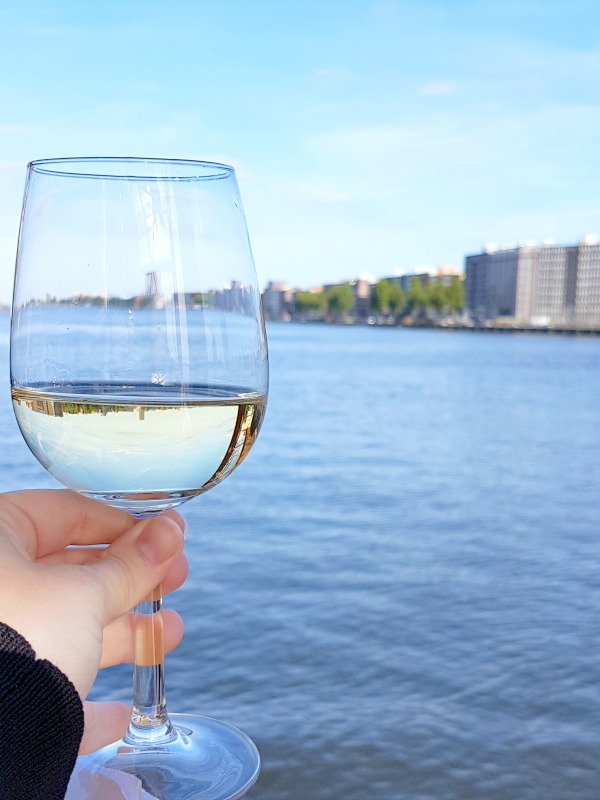 Please remember that I’m just a regular person explaining what we went through and the advice I would give a friend. I’m not an expert and do not have expert advice. There’s plenty of people in Amsterdam willing to take your money to help you through this process. I hope you find this to be a good jumping off point and that you start asking your network for their experience as well.

Until next time, wishing you love and travels.

25 thoughts on “Buying a house in Amsterdam as an expat”