With so much happening in England’s bustling capital, you’d almost forget the many cities and villages that lie beyond it that makes for great day trips from London. However, England is so much more than the sprawling metropolis of old London town – and with such convenient and easy transport links, there are endless options for getting out of the city.

With so many options it can be hard to narrow down. To help you out, here are 5 of our favorite day trips from London, each offering a different perspective on English life:

Day Trip #1 // Down at the Seaside in Brighton

You may know Brighton as a quintessential English seaside destination, but it is actually so much more. For starters, it is probably the only English city to give London a run for its money in the ‘cool’ stakes, with an endless selection of hipster coffee shops, quirky bars, and alternative clothing stores. 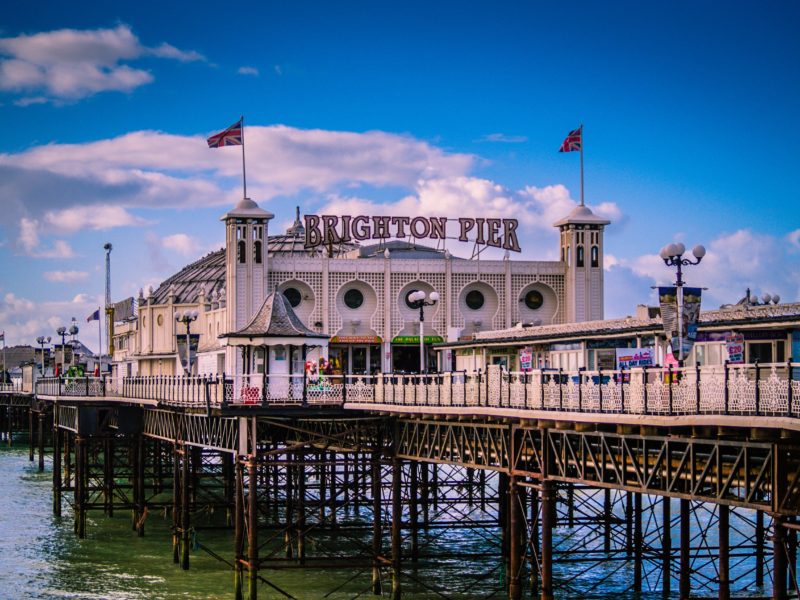 The off-beat vibe is not just found in Brighton’s funky lanes, but also the vibrant and colorful Brighton Pier. The famous Pier has a retro carnivalesque vibe, with a bunch of amusement rides that are great for kids (and adult who don’t want to grow up). Once you’ve taken a spin on the rides, the perfect next stop is a delicious ice cream as you stroll the length of the Pier. To really make the most of this British seaside experience, this should be done even if the weather is nearly freezing! There are so many activities to do in Brighton regardless of the temperature.

Of course, if the weather is better than you might like to actually take a dip in the water. Brighton is a great swimming beach, and it is even possible to surf if that’s your thing and it’s not too crowded.

Few histories have been more heavily researched, documented and analyzed than Britain’s, yet there are still a few mysteries to enjoy. Perhaps the most famous of all is Stonehenge, the famous arrangement of stacked boulders that is believed to have been laid in the Neolithic period, about 5000 years ago. To this day, scientists are unsure of who built the structure, or why. What are your theories?

You can ponder it yourself quite easily since Stonehenge is a simple journey from London, near the town of Salisbury. While it is the famous Stone Circle that draws the visitors, there are other things to do nearby including various temporary exhibits.

Another great thing about a day trip to Stonehenge is that it can easily be combined with other attractions. In particular, Windsor Castle, one of the oldest inhabited castles on the planet (and weekender for Queen Elizabeth), is a popular stopping off point. Or you could even take a whole day and explore Windsor and Eton together.

Day Trip #3 // Meet the Ponies of the New Forest

If your idea of a day trip from London means being transported into the pages of an Enid Blyton book, then look no further than the gorgeous New Forest in the country’s south.

I challenge anyone not to be completely and utterly delighted by the friendly and adorable New Forest ponies that roam freely and unashamedly through the New Forest. If you’re driving, go slow, because they have right of way – and somehow, they know it. 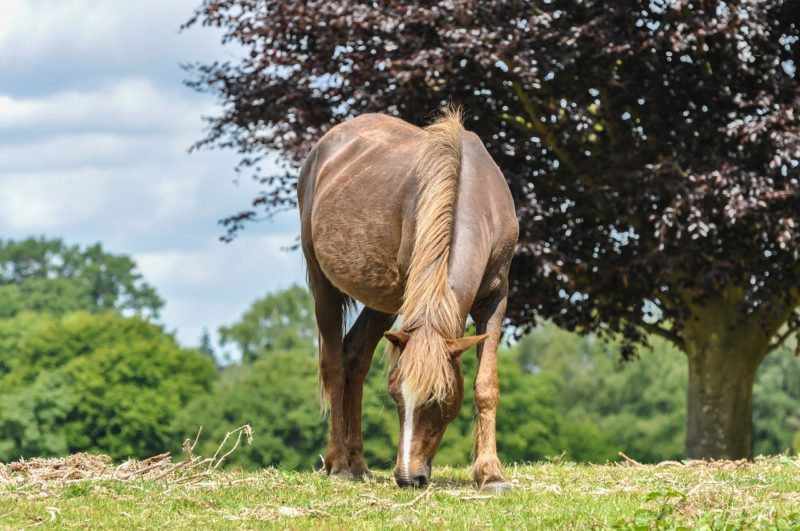 While the ponies do add a ton of charm to the Forest, the quaint and picturesque villages certainly help too. Forget the endless concrete jungle of central London – on this day trip, you will be surrounded by beautiful nature and humble high streets dotted with arts and craft stores and tea shops. Bliss!

Day Trip #4 //  Walk in the Footsteps of Greatness at Oxford

Being the home of the oldest English-speaking university in the world, Oxford has a pretty high-brow reputation. In reality, however, Oxford retains the laid-back charm of most student cities, albeit with a little more history. For example, one of Oxford college’s ‘student bars’, the Eagle and Child dates back to 1649 and was once the meeting place of a writer’s group with a few humble members such as J.R.R Tolkien and C.S. Lewis. 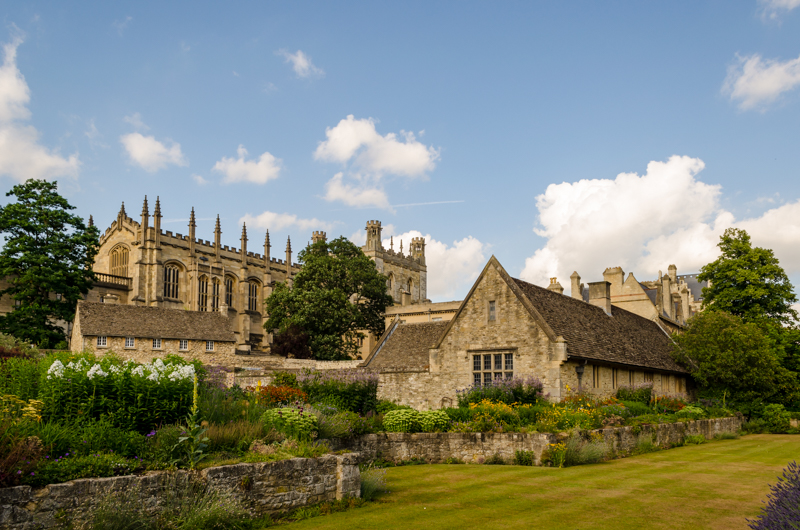 The colleges themselves can be visited, and you may even be lucky enough to catch the students when they are in full traditional garb for their exams (yes, they still dress up.) Other attractions include the Pitt River Museum with more than 20,000 fascinating objects and the Bodleian Library which is one of the oldest and most beautiful libraries in Europe.

Another ‘must do’ in England is of course to see a castle, and there is a beautiful example in Oxford. The Oxford Castle and Prison were built in 1073 and – as its name suggests – has had a variety of uses over the years. Today it is open to the public every day, from 10 am, and has been meticulously restored.

This trip is a bit further than the others on the list, but it’s definitely do-able by train (a car is also an option, but traffic can be a nightmare). It’s also well worth it to get a taste of charming northern England, where locals pride themselves on their friendliness and the county’s stunning country views.

The capital of the largest county in England, Yorkshire, York is an absolute stunning medieval city surrounded by some of the best preserved defensive walls in the country. Known as Jorvik while under Viking rule, history buffs will love York for its historical architecture. Even if history isn’t your thing, you’re still bound to be blown away by sights like the Shambles, one of the oldest and most picturesque streets in all of England, and the imposing Gothic cathedral, the York Minster.

While York’s history is perhaps its biggest draw, it is also a modern and dynamic city with a healthy student population and a spattering of cool bars, restaurants, and shops. There’s also a fantastic chocolate factory, with free tastings! Browse some of the other York attractions and see what tickles your fancy.

So there you have it, my top 5 picks for day trips from London!

Do you have any to add? Please leave a comment!

Jessica is an American who decided it was time to live life to the fullest. For her, that meant moving abroad and traveling as much as possible. Her passions are festivals that showcase the local culture, food that is made with love, and wine because it's awesome.
PrevPreviousIce skating on Amsterdam canals
NextTake a bike tour of KrakowNext