The week of WTM is such a blur! From a foggy entrance into London, meeting amazing travel bloggers, making great contacts with destinations, and enjoying the various parties, it was a whirlwind of activity.

I think the best thing about WTM is the energy. So many cultures to explore, hands to shake, food to try, and walking to do.

The people at the stands are passionate about their homes–places you call destinations. I loved talk to someone and watch as they spoke about their food and what makes it special. “This is the most beautiful place in the world!” is a common thing to hear…and it’s hard to disagree with any of those who say it!

The world is a big and beautiful place, and it was represented quite well at this travel event with some of the most beautiful stands I’ve ever seen. Many regions took great care and imagination to create what could be describes as a piece of art.

There’s so much more to WTM than visiting 50 countries in a day. You can learn about emerging technologies in the travel and hospitality world if that’s your thing. Or head to the press conferences, networking events, and seminars on various topics.

I sat in on one about food and travel and how some are “Food travelers” and look for unique and culturally accurate places to enjoy meals. A popular one was about travel bloggers and money–how much should they be paid? It was a hot topic and the panelists had different thoughts on the questions asked of them. But it was nice to have a base on where to begin with that part of travel blogging. And the last one I attended was one how destinations can work with travel bloggers, and how you can become a professional travel blogger. It was quite a popular one as well.

I have so many notes from the sessions, and also from simply talking to people. You really never know who you might sit next to. I saw with a man from BBC in the press lounge, then Euronews TV guys, and some reps from Greece at lunch. Even heard some Dutch behind me in the food and travel session and started a conversation on how I was actually appreciating hearing Dutch around me since I was missing Amsterdam. Never would have thought I’d miss it!

Meeting travel bloggers was something I had hoped for but didn’t happen until Tuesday evening, those I quickly met a couple at the Travel Massive event on Monday. But those were such quick “Nice to meet you”s that’s it’s hard to count that. But networking with other bloggers was great. I was given some advice and some strong opinions on various topics as we wandered around Canary Wharf looking for dinner. 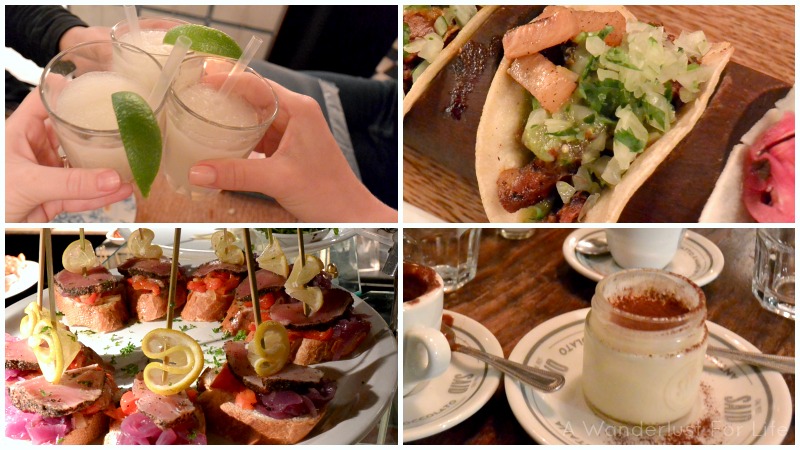 My WTM was capped off with the Twilight SoHo London Food Tour with Eating Europe, and I honestly can’t think of a better note to end on than a delicious one. Eating and drink your way around anywhere is a good idea, and having a tour guide was even better! It was food/drink then walking tour, food/drink then walking tour. That’s how a tour should be…or maybe I’m just hungrier than most!

Between the tour, exploring, and walking up and down and up and down the ExCel center, I was very glad I bought flats thanks to the suggestions of others. But I took it a step farther and brought my Toms black canvas women’s classics

with me each day. As soon as I could, I switched those babies and my feet were so appreciative! They are super light too, so carrying them around was a problem. A bunch of other people had the same idea!

Overall, it was an amazing experience and I encourage anyone in the travel industry to visit at least once. If you are a travel blogger and can get there, you should! I’m thinking two days minimum would be good, but going the entire time is beneficial.

I’ll be putting together a first timer’s guide for the newbies next year. It’s to pay it forward since I was so grateful to those who wrote about it so I knew what to expect. It will be detailed and filled with info that you didn’t even know that you wanted to know! Keep an eye out for that in the summer.

Looking forward to seeing you next year!

This post contains an affiliate link. If you purchase through that link, I get a small percentage of the sale at no additional cost to you. As always, I only write about what I love!