After living in Amsterdam for 6 months, I think it’s a great time to explain just why Amsterdam is an amazing place to not only visit, but live. It is a capital city, but the national government is in The Hague. With a population of only 820,000, it’s a small major city in Europe…and we have over 3.5 million visitors a year! No wonder I feel like tourists are everywhere. Because they are! 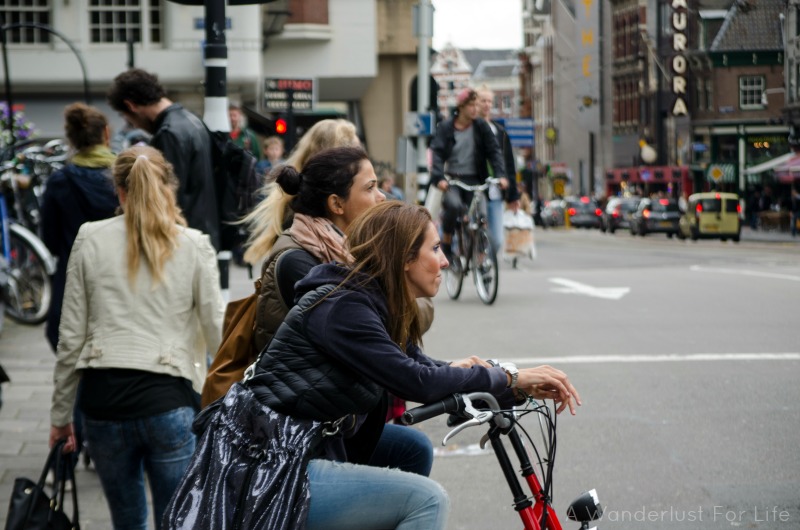 You probably know that it’s pretty flat so cycling is a primary form of transportation. Though, we still use the easy public transportation system when the weather is bad or we feel lazy. I often read that if you are a tourist you just have to cycle! I disagree. Until you get used to the road signs and right of ways, you are safer on the buses, trams, and metro. I’m still figuring out how you make a left at certain intersections. It’s not always intuitive. 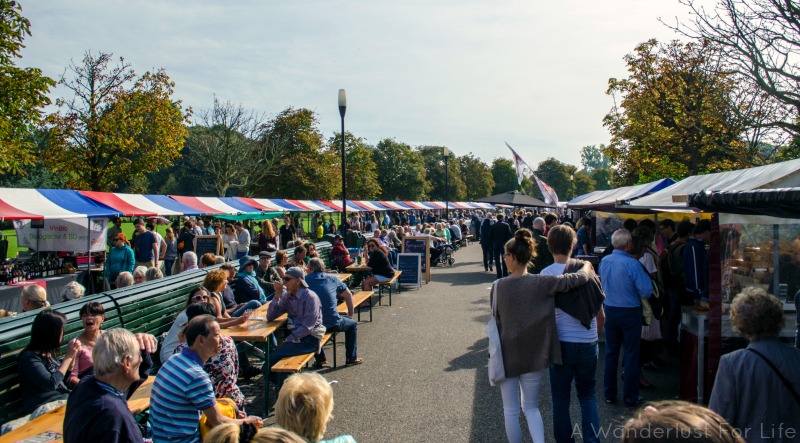 People are friendly! The Dutch get this stereotype for being stand-offish, but I don’t find that to be the case. Here are a few great examples for you:

Socially, everyone seems to be on an even playing field. The Dutch way is to be understated. Although you might see someone’s apartment or what neighborhood they live in and assume they have money or don’t, it doesn’t matter. People are people and deserving of respect. You don’t see homeless people on the street and you don’t see beggars (as you do in many cities!). But you will see street performers playing guitar, accordion, drums, etc. I love running across those people!

For eating out, it’s easy to find an amazing spot. Of course I use Yelp, but I also have friends that I get tips from too! As far as service goes, it may take longer, but we’ve gotten used to not doing the eat-and-run kind of meal. If you need something from your server, just get their attention. Catch their eye, or do a (small) hand-raise motion. It’s not a big deal, they just don’t want to interrupt you. We like this a lot because this means they are not rushing you. Typically they won’t bring the bill until you are ready for it. As for a tip, if it’s not so great service, don’t leave one, but if it was good to great service, give 5-10% depending. No more 20% rule! These people can live off their wages…what a novel idea.

We have friends. That may not seem like a big deal, but not connecting with people is one reason why many expats leave their new home. We love our friends! Yes, we have some American friends (you do gravitate towards those like you), but it’s not because we don’t love the Dutch! We have friends who are Dutch, British, Indonesian, and more. I love diversity because you don’t just learn more about people and their cultures, you learn a little more about yourself too. 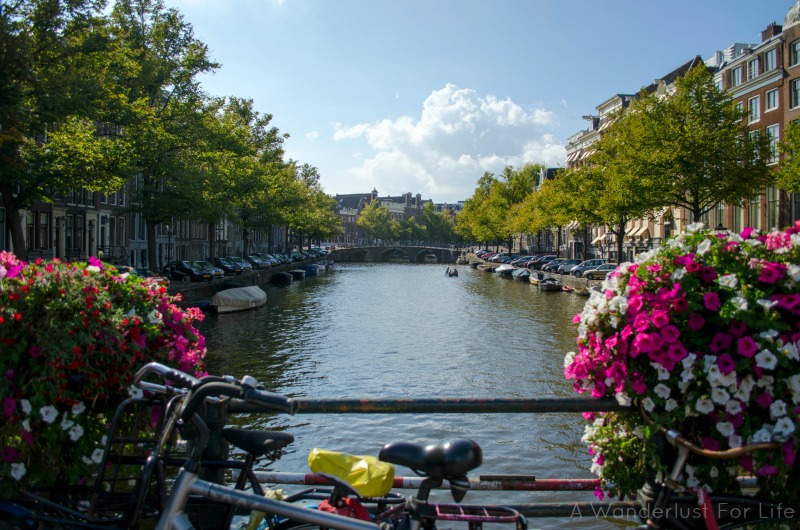 The city is clean! I love how clean it is. You don’t smell the trash or urine that you seem to smell in every other city. It’s refreshing. You’ll see street-sweepers all the time, but hey, it’s a job and keeps things clean. There are many, many trash-cans too! So, there’s no need to litter (is there EVER a need to litter?). The Amsterdam Canal Ring is listed as a UNESCO World Heritage Site. It’s just plain beautiful with the canals, bridges, houses, and cafes.

We have our favorite spots, whether it’s the special monthly cupcake at Van Ness, heading to a market and catching up with Fat Pao, or stuffing our faces with dim sum at the Sea Palace, it’s so great to have a “place” that you love. Want to know a secret about Amsterdam? It doesn’t matter if you are in a super touristy spot, make a turn down a street that you don’t see everyone biking down, and you will feel the charm that those of us who live here love.

It feels like home…and it only took about 3 months for that to happen. Amsterdam is everything I want in a city and proves that not all cities are alike. It’s not dangerous, trashy, smelly, or super crowded. It has good food, people, and views. You can get to many places in Europe easily by train, but we also have a major airport that can get you all over the world. It’s everything I was hoping for but was scared to admit because I didn’t think anywhere could live up to my expectations. Amsterdam makes me happy.

Where do you feel happiest?