English Speakers Have It Easy

Think travel is stressful? If you are reading this blog, I am guessing you are an English speaker. Therefore you are one of the luckiest travelers out there! Think of the people who only speak and read Korean, or Russian, or any other language that is not a tourism language around the world.

Some of the most powerful countries in the world speak English, though surprisingly in the first ones that come to mind English isn’t even the official language at the federal level. I’m looking at you U.S., U.K., Australia, New Zealand, and Canada. But aside from that, 67 sovereign states and 27 non-sovereign entities have English as their official language (of course many of these are British or American current or former territories). Add the fact that it is the language of aeronautical and maritime communication, one of the European Union languages, one of the two languages of the International Olympic Committee, and one of the six in the United Nations, it’s obvious that English is a powerful language. Estimates vary, but between native speakers and non-native speakers, English may be the most widely spoken language in the world. And that is spread over every continent!

(For those who might mention that Mandarin is the most spoken language, apparently it is debatable. What isn’t debatable is that Mandarin has the most native speakers, but they are not spread across the world as much as English speakers.)

I’m not sure about you, but language is one of the biggest stressors for me. I worry about getting on the wrong train or getting something inedible. And yes, we did move to a country with a different official language. But I’m no dummy…most people in Amsterdam speak English incredibly well since they have been learning it and listening to American TV and music since they were in elementary school.

A different language is one thing, a different alphabet takes my stress level up a notch. It’s as if I have lost everything I know and see the world for the first time, but am scared to jump in for fear of doing everything wrong. Obviously there are many changes you go through when traveling, and language is the one that scares me the most.

What does all of that mean for the traveler?

Because of all that is listed above, English has become the language in business, hospitality, and tourism. The is great for us travelers, because we will likely find signage, tours, paperwork, and pamphlets in English. You may even find menus in English so you actually know what you are eating.

But it is important to remember that you are what is foreign in a foreign country. The people that live there may know English, but you are in their world, so try to learn a few simple phrases like: “Hello”, “Thank You”, “Please”, “Sorry”, “Goodbye”.

Off the Tourist Path

Of course you will find more English in the places that cater toward visitors (outside of the native-speaking areas obviously), and you may want to go somewhere that is off the beaten path. That is great! Be adventurous! But it is still possible that you will find someone who speaks English if you get in a bind.

I suggest having a phrasebook with you if you are going somewhere for a while where they may not speak any English and you are not sure about internet accessibility. Otherwise, Google Translate is a lifesaver. A smile, map, and pointing can get you pretty far in life. And these free travel apps can really help too!

Do you speak another language, other than English? We are now learning Dutch, but I took French in high school (not that much of it stuck though). Let me know when you learned a different language. I am so curious about this stuff!

Sources:
List of Languages By Total Number of Speakers
List of Territorial Entities Where English is the Official Language
English Speaking World 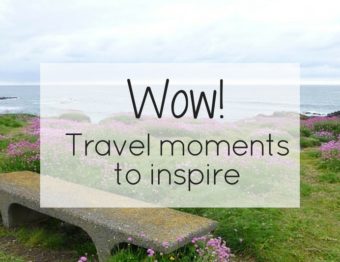 Vacation Photographers: The Ultimate Alternative to the Selfie
August 2, 2016