I love breakfast. I really is the most important meal of the day! It’s such a treat and a great start to the day.

On the weekends, it’s more about brunch though, right? Sleeping in during the weekend is what it’s made for! So, let’s talk brunch. Meeting up with girlfriends for brunch is a tradition that runs through borders. What better way to catch up than a chill, late-morning, filling breakfast on a weekend at some of the coolest places in town?

Nothing…except something that involves wine. But that’s another post entirely!

In De Pijp neighborhood in Amsterdam, I met up with my new friend Jodi of Steve & Jodi’s Vlog. She’s also an American living in the Netherlands and I was happy to show her the best brunches and breakfasts in De Pijp with Amsterdam Calling! (Video at the bottom of the post)

Jodi and I had surprisingly delicious choco-banana vegan pancakes at YAY Health Store and More. I can’t be the only one who doesn’t know what to expect when ordering something vegan that usually has non-vegan ingredients, right? But it was beautiful and tasty…and we chowed down!

A super hot spot in De Pijp is Scandinavian Embassy. No, it’s not a real embassy, it’s a restaurant with food and drinks from Scandinavian countries. Between the porridge, hot chocolate, sweet buns, and yogurt, there were some great choices. But this place is PACKED! I guess that’s how you can tell it’s good. 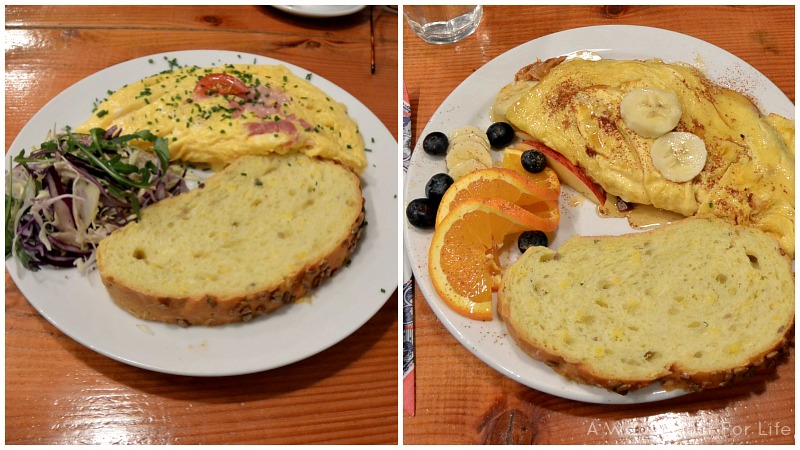 Last but not least was my favorite was Omelegg. I feel in love with Omelegg within my first couple months in the city and love that they already opened another location! I’m recognized by the owner now which feels good and embarrassing at the same time. This is my go-to breakfast spot, and of course awesome for eggs. But go for the Scramblicious and thank me later.

It was so much fun hanging out with Jodi for the morning and as a bonus, seeing Steve and working with Jerry of Amsterdam Calling. Being social is super important for me to feel like part of the community. If it’s important for you too, go out for brunch! Whether you live in Amsterdam or not, go find your brunch spot and take some friends!

In case you are new to the blog, I occasionally co-host Amsterdam Calling with some friends. The first episode I did with Gessell, the main host, when we visited World of Food in Amsterdam. The last episode was with Flip, the Community Manager of Yelp for Amsterdam as we explored the Red Light District.

There’s always something to explore in Amsterdam, so when you click through the video, be sure to give the video a like (if you liked it!), and subscribe for updates.

What is your favorite breakfast? Pancakes, eggs, rice, soup? Let us know!