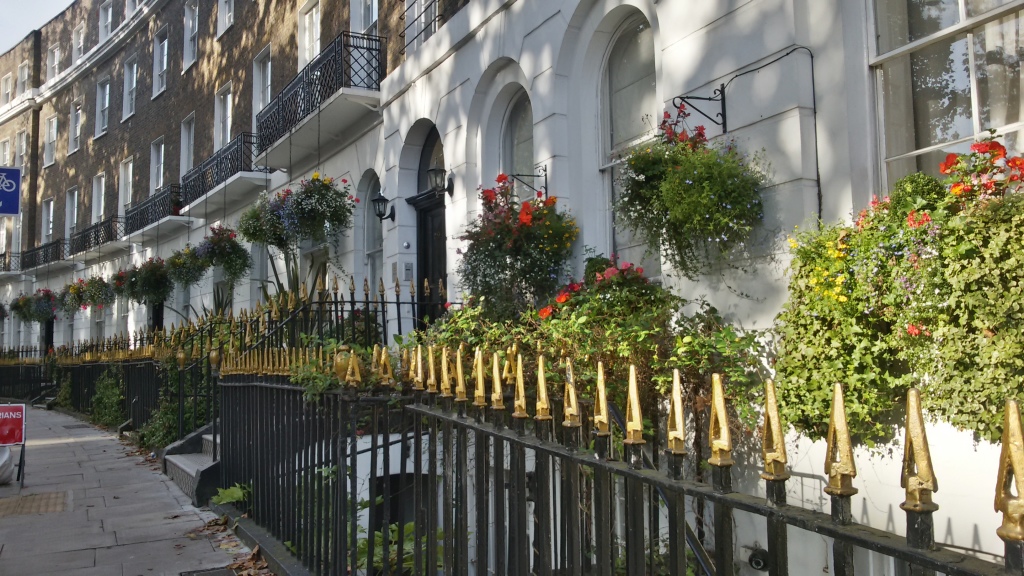 This is the quickest trip we have ever done and probably will ever do. Since Sean had a meeting just outside of London we decided to take a train to the United Kingdom from Amsterdam, which took about three hours. We were going to be on a train for a while, so we grabbed a late lunch at Julia’s, a quick-service restaurant only found in rail stations. It’s a genius approach. You can order pasta, sandwiches or coffee. And it’s made right in front of you and put in a to-go container. I mean, you are in a train station after all! You have places to go! When in the Netherlands, check this place out. 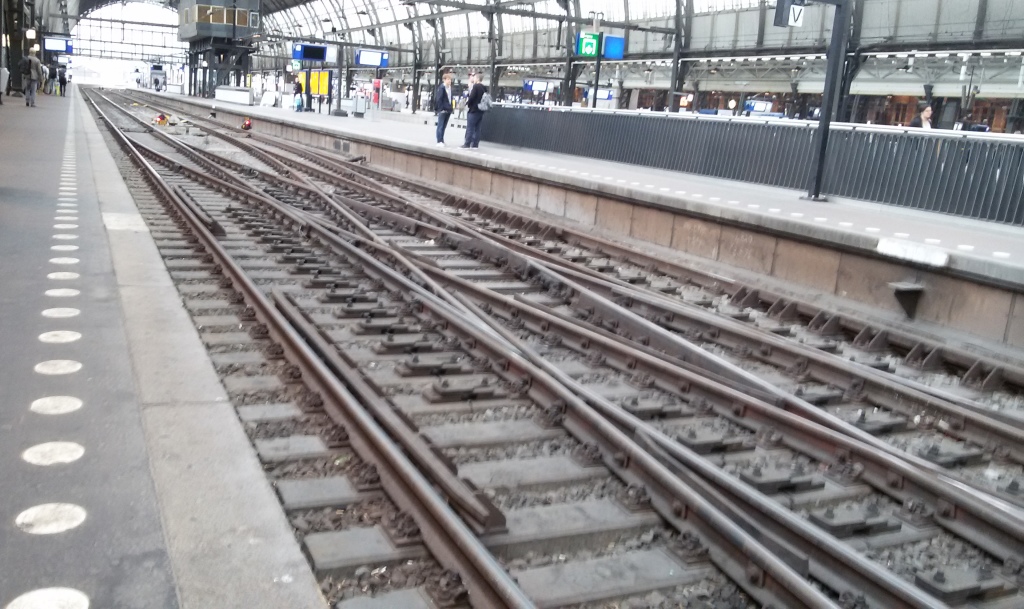 In Brussels, we pretty much got off the train, paid to use the WC, bought 2 chocolates (when in Belgium…), and went to our gate. Then it was the longer leg train ride in the dark and under the tunnel. We soon ended up at the St. Pancras International Train Station in London. Thank goodness for GPS to help us find our way to our apartment we booked on Airbnb for the night which was just a few blocks away from the front of the station. But, we wouldn’t recommend that neighborhood. It didn’t feel right and we would try a different area next time. 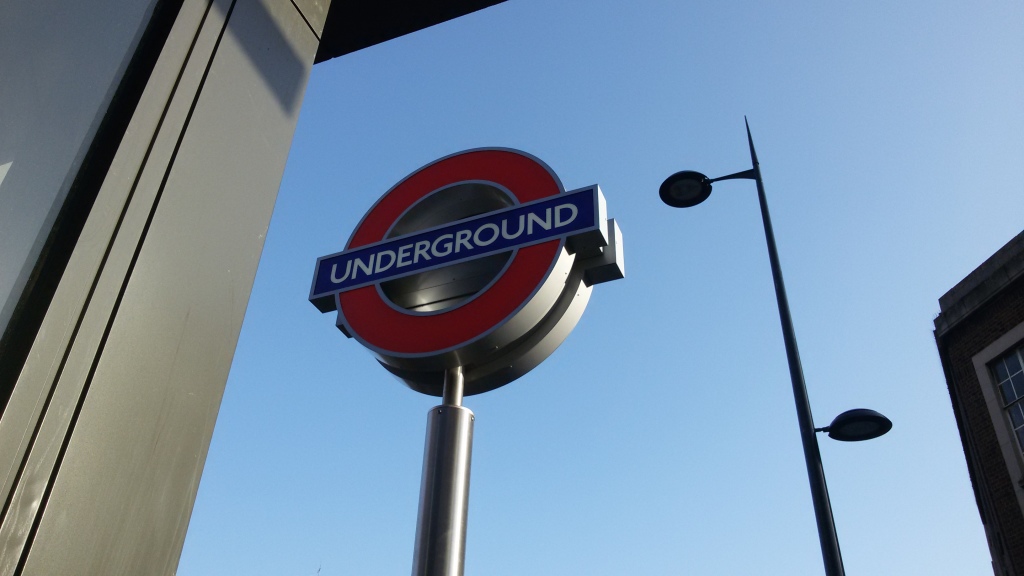 We like food and we only had ONE DAY to visit London, so breakfast was important! I wanted a full English breakfast, but that didn’t pan out. Luckily, we did find an awesome place (also across from the train station) called Karpo; it’s part of a hotel, but you can’t tell. We went around 9:00 a.m. and there were plenty of seats. The food was tasty and filling and the experience was a good start to the day. So, what do you do when you only have 2.5 hours to hang around London? You explore, of course! We walked and walked for a ½ hour while getting detoured from our path due to construction, which just made it more adventurous. Finally we decided that we needed to take the Tube and see some of the sights. So we made our way to Trafalgar Square, then to the Thames to watch the London Eye, and on the way we saw some guards on horses. Then we stood on a bridge and just looked up at Parliament and Big Ben’s Tower (Elizabeth Tower). Go figure, it’s quite touristy there. Continuing our walk we found some quieter areas to just walk and reflect. Just in case you are wondering, we did get rained on, but it didn’t stop us! 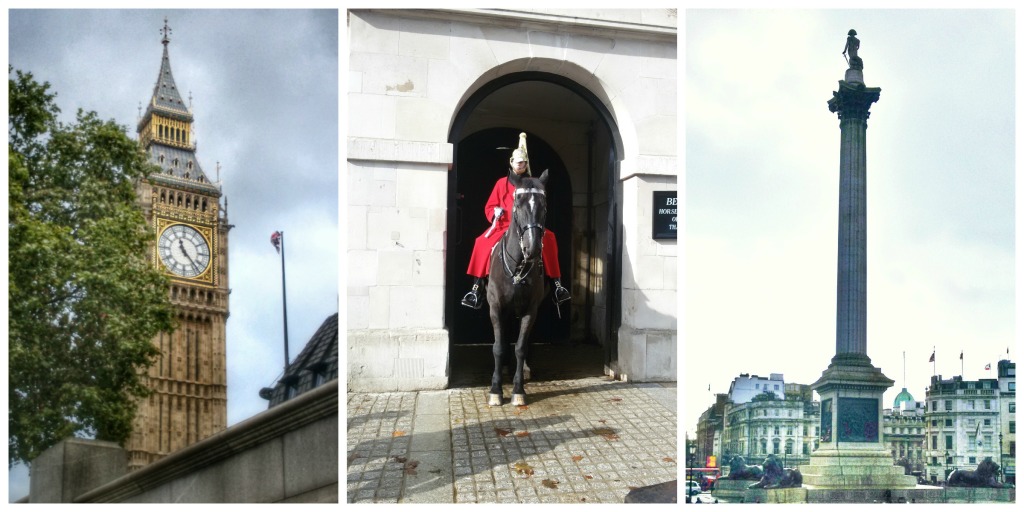 When it was time, we found a Tube station to take us back to another train station so we could get to Hemel Heapstead. On the way we passed a train stop that said Universal Studios Tour. We’ll have to do that next time for sure! The meeting place was one mile from the station, and our feet are the best tools we have, so we walked. It was a completely different look at England. It’s just outside the main driving ring, and the train station wasn’t close to much of anything. But we did get to walk through some fields which was pretty nice. 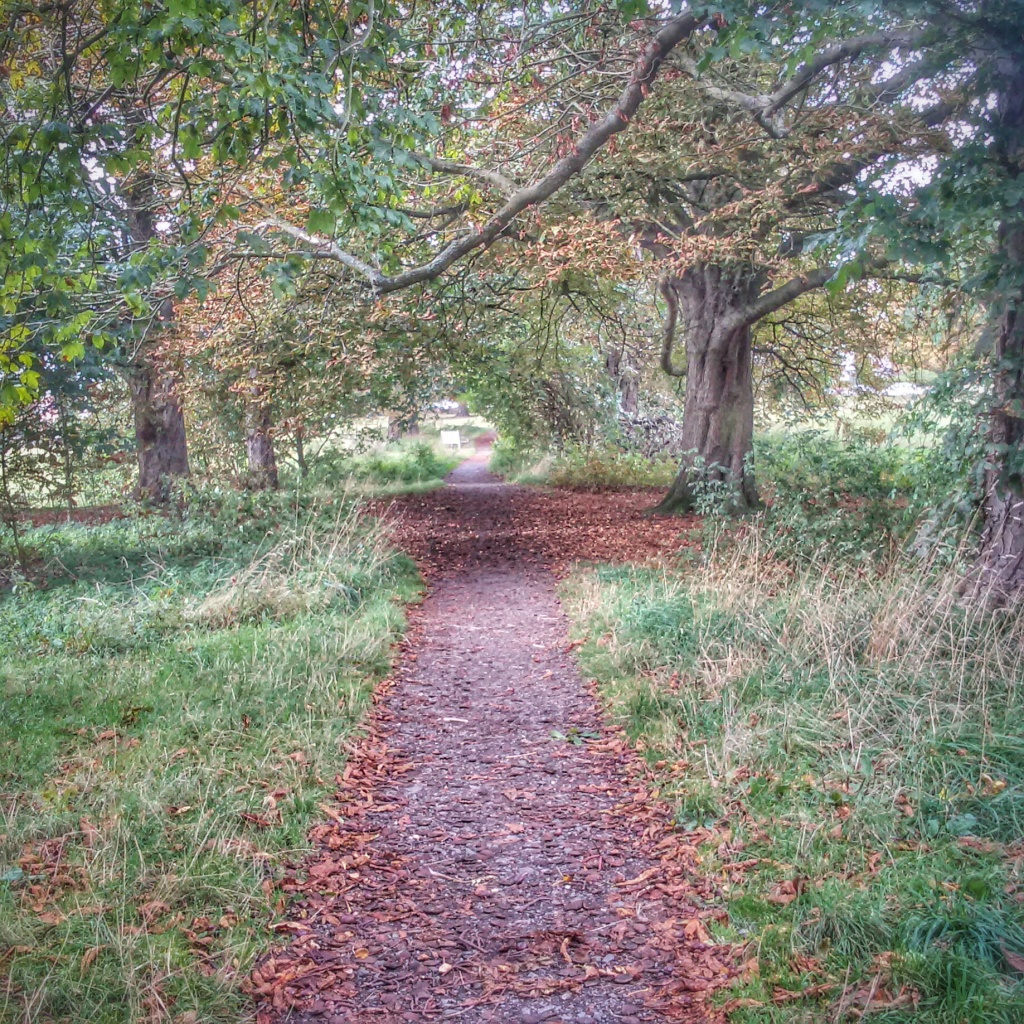 Oh, and did you know there are houseboats outside of Amsterdam? If you didn’t, here’s proof! 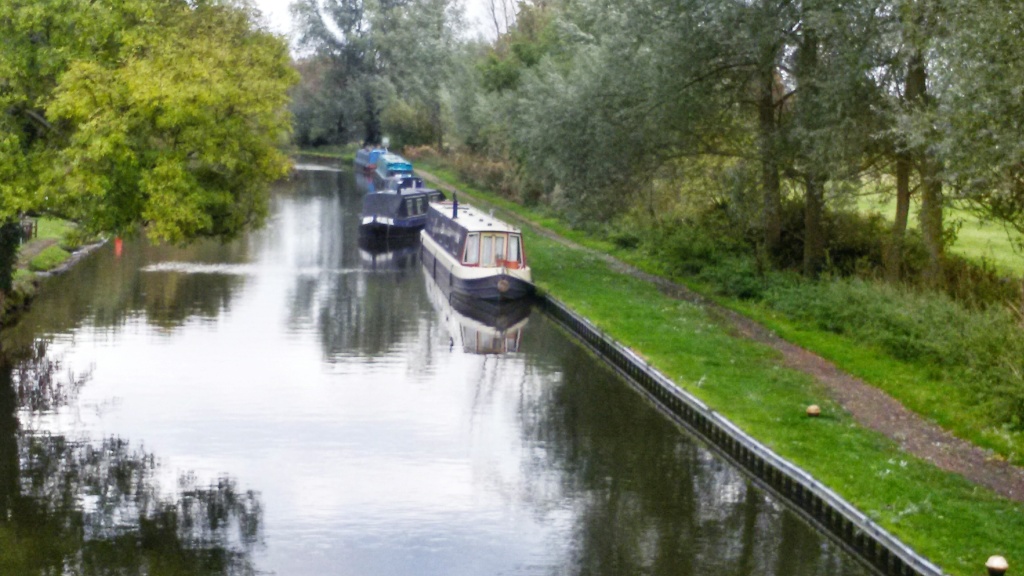 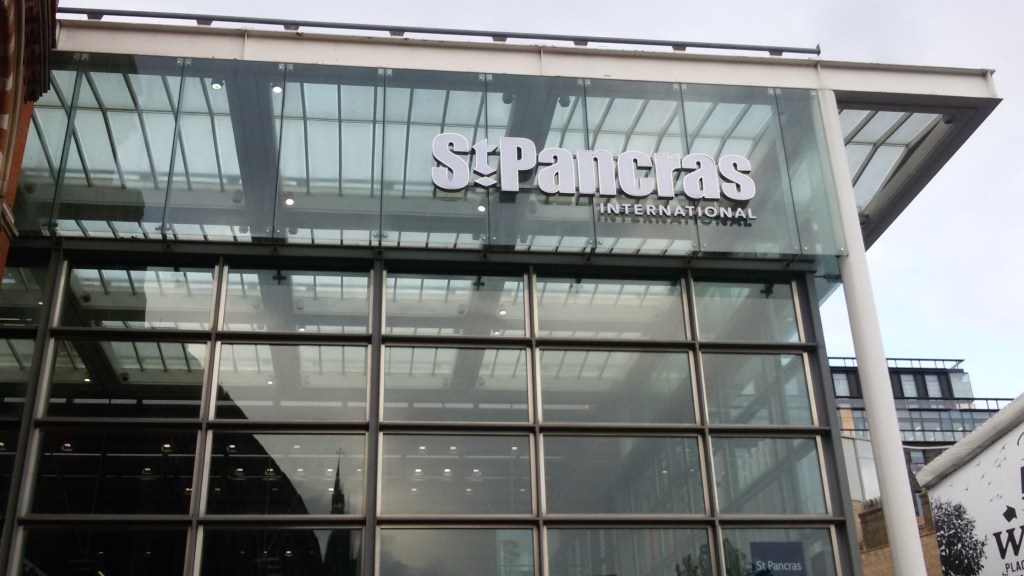 Eventually, we ended up back at St. Pancras International Train Station. Train stations in Europe are pretty awesome with awesome food. After doing a loop of what there was to eat, we found a spot at a burger joint. So glad we did! It was the perfect end to our day before getting back on a train and heading home. Oh…then I saw a cupcake in a window while walking to the terminal. So, THAT was the perfect end to our trip. I mean, I do love my sweets! 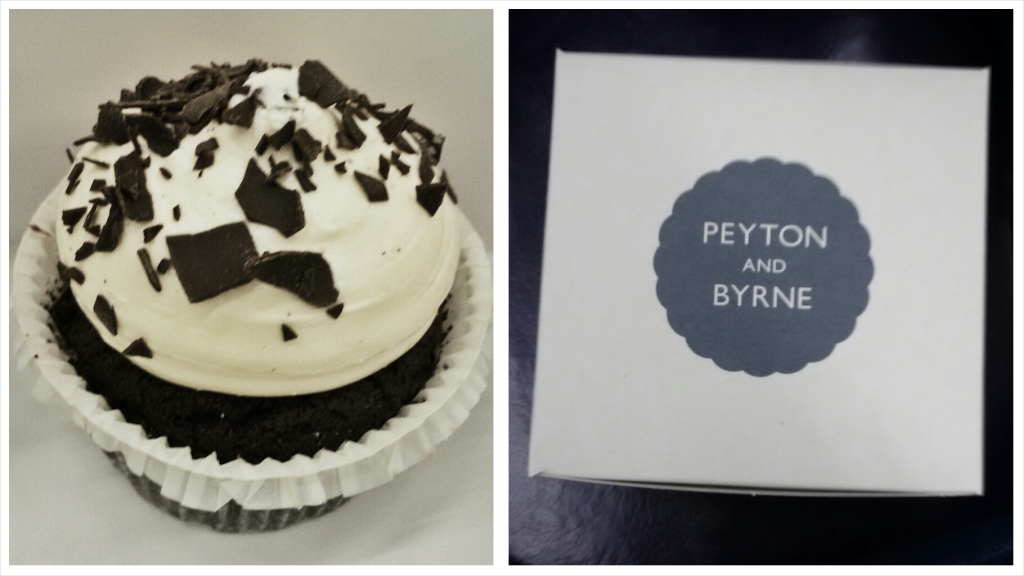 Even if you have only a day in London, make sure to get a taste of it…figuratively and literally. I’m glad we were able to see a few sights, get some good food, and have a quick adventure just outside the city. You never know where your travels may take you, even if you know exactly where you are going. 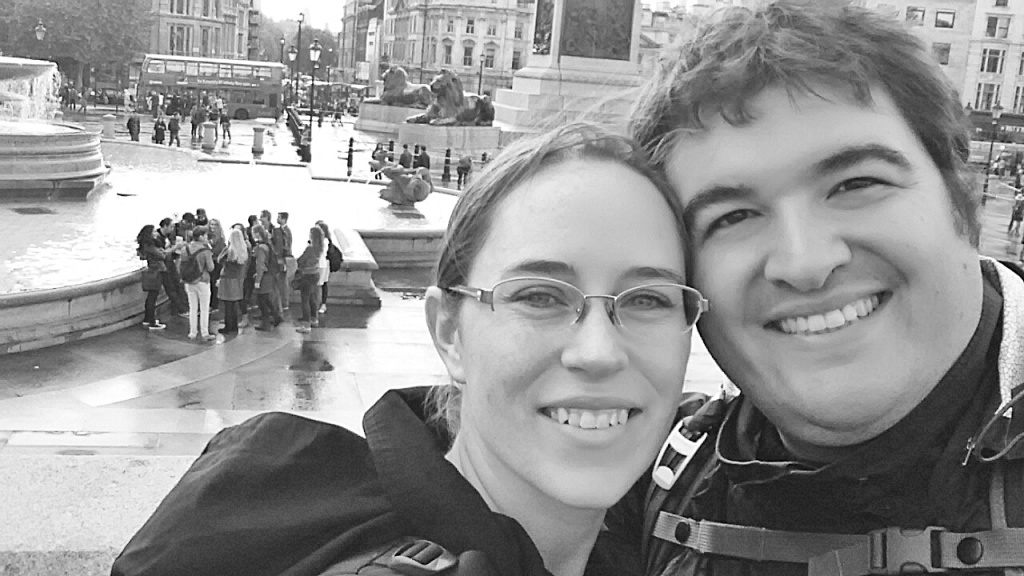 What’s the quickest trip you have taken? Was it worth it?